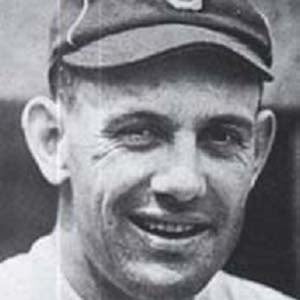 MLB shortstop for Cleveland who became the first player to die from from being hit by a pitch.

He was born in Beaver Dam, Kentucky and began playing for the Cleveland Naps in 1912.

He was killed by a pitch to the head, which led to the introduction of batting helmets and the banning of the 'spitball' in Major League Baseball.

He was married to Kathleen Dal, the daughter of a businessman.

He was killed by a pitch thrown by Yankees pitcher Carl Mays.

Ray Chapman Is A Member Of