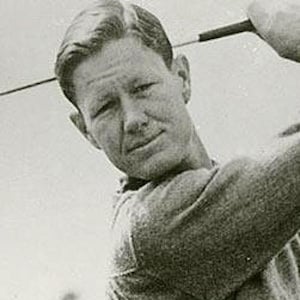 PGA Tour golfer and World Golf Hall of Fame member who won 11 consecutive tournaments in 1945. Across his career, he won five major championships and earned numerous trophies. He was given the PGA Tour Lifetime Achievement Award in 1997.

He almost died from a very dangerous contraction of typhoid fever at the age of 11.

The Byron Nelson Championship was the first PGA event to be named after a former PGA golfer.

He was born in the same year as Ben Hogan, another legendary golfer who he is often compared to.

Byron Nelson Is A Member Of