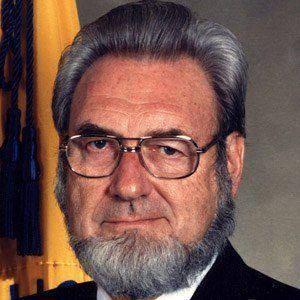 The Surgeon General from 1982 to 1989 who led a high profile political battle against the tobacco companies.

His nomination to the highest medical post in the country was opposed by women's groups because he was opposed to abortion. Later he earned the ire of the political right by supporting sex education.

He issued a landmark report in 1986 that contained the first official government warning about the health threats of second-hand smoke.

He had four children with wife Elizabeth Flanagan, whose father was also a doctor.

He was appointed to his post by Ronald Reagan for his evangelical views, but he charted a path of his own after taking office.

C Everett Koop Is A Member Of