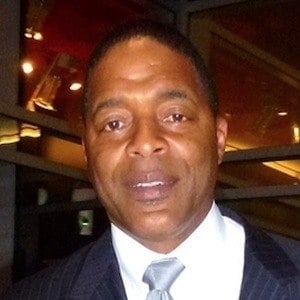 Former personal physician for Michael Jackson who was convicted of manslaughter after the singer died from an overdose of prescription drugs in 2009. He was sentenced to four years incarceration in 2011, but was released in 2013 due to good behavior and overcrowding.

After moving to the United States to go to school, he graduated Texas Southern University in 1983 before going to Meharry Medical College. He was hired to be Jackson's personal physician only a month before Jackson's death.

He helped found cardiovascular centers in both Las Vegas and Houston. Prior to his conviction, he was licensed to practice medicine in California, Texas, and Nevada.

He was born to Milta Murray and Rawle Andrews, although he didn't meet his father until he was 25. He has seven children with various women.

Katherine Jackson led her family's lawsuit against AEG Live, who hired Murray, for their role in her son's death.

Conrad Murray Is A Member Of