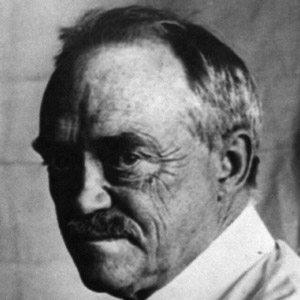 Prolific inventor and pioneer of early cinema who helped create the first television transmissions. He was also the founder and first president of the Society of Motion Picture Engineers.

An early interest in television and radio transmission led him to develop his own movie projector, the Phantoscope, one of the first of an eventual 400 patents he would record.

In June 1923 he transmitted the first moving silhouettes, and by 1928 he had established a transmission station in Washington D.C. to beam out 'Radiomovies.'

He was born in Dayton, Ohio.

He and John Logie Baird developed the earliest mechanical television technology, which was soon overtaken by electronic version.

Charles Francis Jenkins Is A Member Of