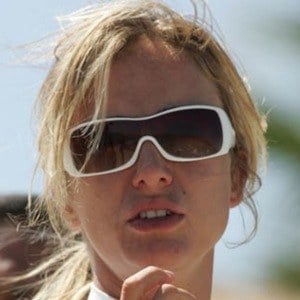 Beauty pageant contestant and athlete who rose to fame after being named first runner-up at the 2002 Miss Turkey event. Later that year she went on to represent her home country in the Miss Universe pageant.

She studied mechanical engineering at the Istanbul Technical University.

She married Jimmy Diaz in 2013. They have a daughter named Selin together.

She competed against Azra Akın in the 2002 Miss Turkey pageant.

Cagla Kubat Is A Member Of