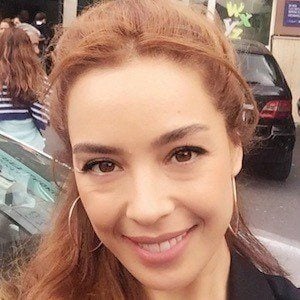 Turkish model and actress who was crowned Miss Turkey 2002 and subsequently Miss World 2002. She also competed in the 2003 British reality series, The Games, where she won a gold medal.

She was born in Almelo, Netherlands to Nazim and Ayda Akin. She married Atakan Koru in 2017.

Azra Akin Is A Member Of