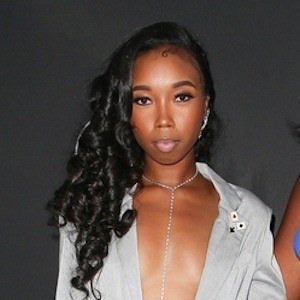 First known as the daughter of model Beverly Peele, she gained further fame alongside her mother on the Lifetime series Growing Up Supermodel.

Her mother was only seventeen when she became pregnant with Cairo.

Since her reality debut, she has grown popular on Instagram, earning more than 10,000 followers.

Her father is music producer Jeffrey Alexander. She has a younger brother named Trey and a younger sister named Storm.

She joined Cambrie Schroder and Jake Moritt in the cast of Growing Up Supermodel.

Cairo Peele Is A Member Of