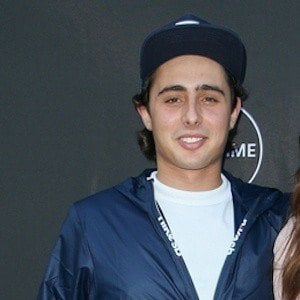 Rose to fame in 2017 appearing on the reality series Growing Up Supermodel. He appeared on the show alongside his mother, former Baywatch star Krista Allen.

In 2005, he made his acting debut in the television series Unscripted.

In 2015, he worked as a set production assistant for the television series Significant Mother.

His mother is actress and comedian Krista Allen and his father is production manager Justin Moritt.

He appeared on Growing Up Supermodel alongside Cambrie and Faith Schroder.

Jake Moritt Is A Member Of