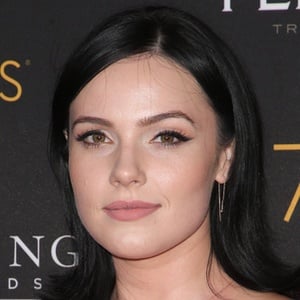 Screen and stage actress best recognized for her appearance in the 2014 off-broadway production of Heathers the Musical, a theatrical show based on the original 1988 film of the same name. She has also often been seen in guest roles on television shows like Everybody Hates Chris, Two and a Half Men, and The Middle.

After taking an interest in performing at the age of eight, she began her screen and stage career at eleven, appearing in theatrical productions like American Girl Theatre and 13-The Musical.

Both a singer and a songwriter, she has released her original music to her self-titled SoundCloud account.

She has a brother named Michael.

She performed alongside Briana Cuoco in the 2016 rock musical Lizzie, a show based on notorious killer Lizzie Borden.

Cait Fairbanks Is A Member Of