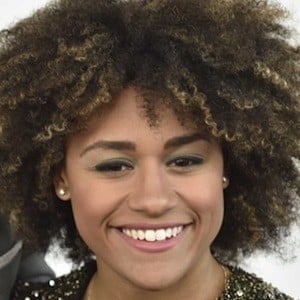 Theater and television actress who rose to fame when she was cast in the hit Broadway musical Hamilton. She later starred in the film Seaside in 2016 and was cast to star in the 2020 remake of West Side Story.

In 2009, she appeared on the show So You Think You Can Dance.

Following her success with Hamilton, she was cast as Jane in A Bronx Tale and created a vlog called Bronx Bullet: Backstage at A Bronx Tale with Ariana DeBose. She also made a guest appearance on CBS's Blue Bloods.

DeBose identifies as queer and came out to her grandparents in 2015.

She appeared in the musical Company, which starred Neil Patrick Harris.

Ariana DeBose Is A Member Of