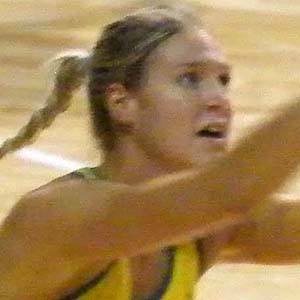 Netball player from Australia known for her time with the West Coast Fever in the AZN Championship league. She has also won gold medals for Australia at the 2011 Netball World Championships and 2014 Commonwealth Games.

She got her start playing for Perth in the Southern Districts Netball Association.

She scored goals on an amazing 151 out of 155 shots at the 2011 World Netball Championships.

She has been in a relationship with Michael Kent.

She and center Natalie Bertouch have both represented Australia at the Commonwealth Games.

Caitlin Bassett Is A Member Of