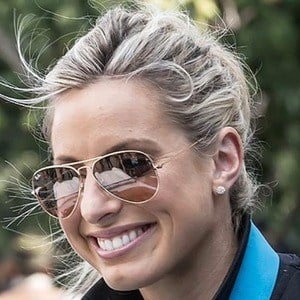 Highly-decorated netball player who captained the Australian netball team to a gold medal at the 2014 Commonwealth Games. In the ANZ Championship league, she has played for the Queensland Firebirds.

She was born in Ipswich, Australia and was first named to the Australian national team in 2008.

She won the Liz Ellis Diamonds Award as the best player in Australian netball in 2011.

She married rugby union star Mark Gilbride. Their first child, a son named Barney, was born in February 2017. Their second son Frank arrived in July 2019. They welcomed their third child together in Jauary 2021.

She won gold alongside Australian teammate Caitlin Bassett at the 2014 Commonwealth Games.

Laura Geitz Is A Member Of