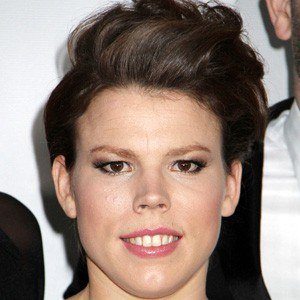 American ice hockey defenseman who won a silver medal with the women's national team at the 2010 Winter Olympics.

She first took to the ice as a figure skater but became enamored with hockey and began competing in leagues with boys at a young age.

She was named after Caitlin Carruthers, a figure skater who won a silver medal at the 1984 Olympics.

She was raised with two brothers, Garrett and Christian.

In December of 2013, US President Barack Obama appointed her and Billie Jean King, two openly gay sports stars, to his delegation for the upcoming Winter Olympics.

Caitlin Cahow Is A Member Of