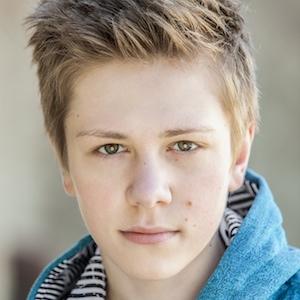 Actor who had a recurring role as Tanner on the TV series, Army Wives. He also starred in 2013's Chilling Visions: 5 Senses of Fear.

He became interested in acting when he attended a call for extras for Spy Kids 4.

He played a small role in the 2012 film, Somebody Up There Likes Me.

He grew up in Kirkland, Washington and Round Rock, Texas with two younger brothers. One of his brothers has cerebral palsy. He has four dogs.

He appeared in a 2013 TV movie about the life of Anna Nicole Smith.

Caleb Barwick Is A Member Of