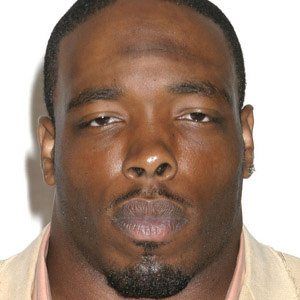 NFL linebacker who had a distinguished career with the Arizona Cardinals before joining the New York Jets in 2008.

He had a standout college career at Wake Forest University.

He was drafted 18th overall by the Arizona Cardinals in 2003.

He grew up with one sister, Simone Pace.

Calvin Pace Is A Member Of