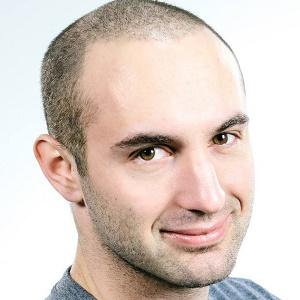 Presenter and producer, primarily in the video game industry, and best known as the host of Reality Check and Top 5 Skyrim Mods of the Week for GameSpot.com.

He studied biology, obtaining a degree in infectious diseases from Edinburgh University.

Before working as a presenter and producer, he taught kids science classes at Our Dynamic Earth Science Centre in Edinburgh.

He has an older brother named Euan Robinson who is a singer songwriter for a group called Stars Of Sunday League.

He co-hosted Top 5 Skyrim Mods of the Week with Seb Ford, who he also works alongside at the production company DoubleJump.

Cam Robinson Is A Member Of