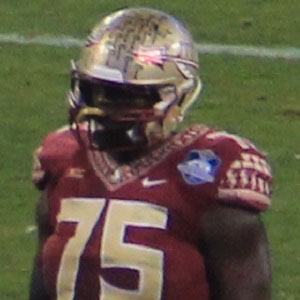 Offensive tackle who won a BCS National Championship with the Florida State Seminoles in 2014. He was selected 19th overall in the 2015 NFL Draft by the Cleveland Browns.

He was extremely close to his late grandmother, Lillie.

Cameron Erving Is A Member Of