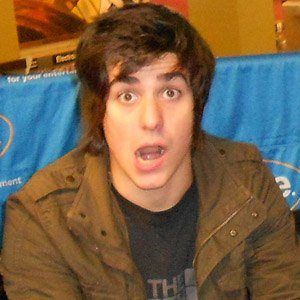 Lead guitarist and backing vocalist for the New York based, pop-rock band We Are the In Crowd. They released the Billboard Top 200 chart studio albums titled Best Intentions and Weird Kids.

He played in local bands in the Poughkeepsie area before joining We Are the In Crowd at the age of 19.

Their album Best Intentions also topped the Heatseekers Chart at #2 in 2011.

He was born in Poughkeepsie, New York. He has dated singer Chrissy Costanza of Against the Current since 2015.

He has played alongside Tay Jardine, Jordan Eckes, Mike Ferri, and Robert Chianelli in We Are the In Crowd.

Cameron Hurley Is A Member Of