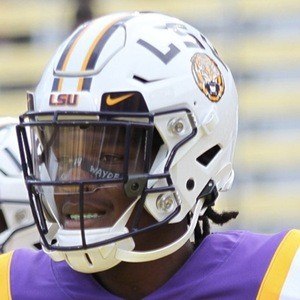 Safety who has gained notoriety as a contributor to the highly-ranked LSU Tigers. He has contributed at quarterback as well as safety after signing his letter of intent in 2016.

He was rated a four-star recruit coming out of high school in 2016. He was a two-sport athlete during his high school years.

He redshirted his true freshman year in 2016. He earned his first career tackled versus LSU's SEC rival Auburn in October 2017.

His parents' names are Shardell and Clayton.

He has played for coach Ed Orgeron during his time at LSU.

Cameron Lewis Is A Member Of