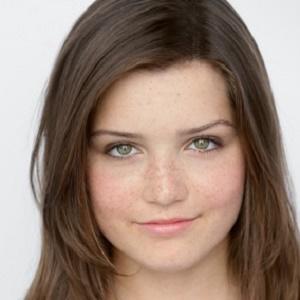 Young Actors Award-nominee for her guest-starring role as Julie in an episode of AMC's Mad Men called "Favors." She also won a Young Actors Award for her performance in The Glades episode "Moonlighting" two years prior.

She spent her early years in Southlake and El Paso, Texas and then moved to California to pursue acting when she was 9 years old.

As an actress, volunteer and student, when she is not auditioning and working, she loves volunteering. In high school, she is a full-time honor student and a member of a media program where she is learning how to make movies while preparing for college.

She has an older sister named Kenna and a younger brother named Cole.

She guest-starred alongside Ed O'Neill in an episode of Modern Family called "A Hard Jays Night."

Cameron Protzman Is A Member Of