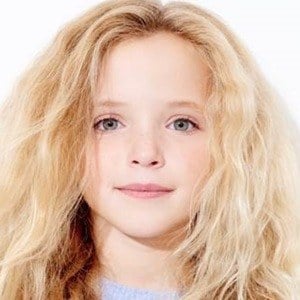 Young actress who portrayed Helen Barnum in The Greatest Showman and was the voice of Cindy-Lou in the 2018 animated The Grinch. She also starred in the TV Land series The Jim Gaffigan Show as Mary.

Her first major role was as Mary in The Jim Gaffigan Show.

She is not to be confused with Cameron Seeley from Pitch Perfect 3.

She landed a part in a 2018 film called Christmas Break-In, starring Denise Richards

Cameron Seely Is A Member Of