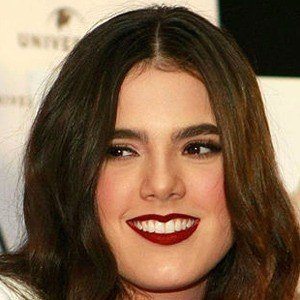 Signed to Universal Music Mexico, she rose to fame performing alongside her father, singer Alejandro Fernandez. She would go on to appear on the collaborative album We Love Disney (Latino) in 2016 on her father's cover of "The Circle of Life."

In her youth, she studied singing, violin, guitar, flute, ukulele, percussion, dance, ballet, and theatre. She would later study several semesters at the Berklee College of Music.

She made her television debut alongside her father on Grandes temas de telenovela.

Other artists on the We Love Disney (Latino) album include Alejandro Sanz and Sofia Carson.

Camila Fernández Is A Member Of