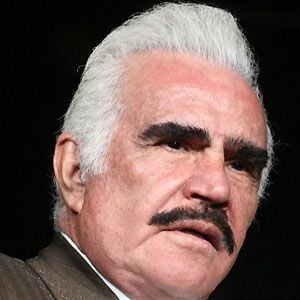 Singer, actor, and movie producer whose career has spanned more than fifty years and resulted in seven Latin Grammy Awards.

He first picked up a guitar when he was eight years old. He released his first album, entitled La Voz Que Usted Esperaba, in 1967.

He released Los 2 Vicentes, a duet album with his son Vincente Fernandez Jr., in 2012.

He is the father of successful Latin artist Alejandro Fernandez.

Vicente Fernández Is A Member Of