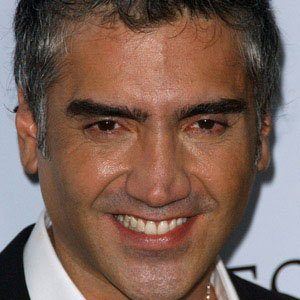 Latin pop singer known by the nickname El Potrillo, or The Colt, who has sold over thirty million albums over the course of his career. He is the son of famed singer Vicente Fernández.

He had a panic attack during his first performance in 1976. His first release was a self-titled album.

He originally only played traditional Mexican music, but has experienced more commercial success in the pop genre.

He recorded the 1998 album Christmas in Vienna with Plácido Domingo.

Alejandro Fernández Is A Member Of