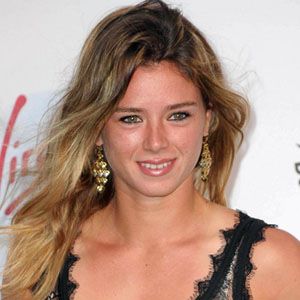 Argentine tennis player who has won multiple ITF singles titles during her career. She is famous for her ability to beat world #1's like Victoria Azarenka, who she defeated at the 2014 Aegon International.

She began receiving rigorous tennis training from her father when she was five years old.

She scored a huge upset by defeated #1-ranked Caroline Wozniacki in three sets at the 2013 U.S. Open.

Her brother Amadeus has been a professional soccer player.

She defeated Roberta Vinci at the BNP Paribas Katowice Open in April 2014.

Camila Giorgi Is A Member Of