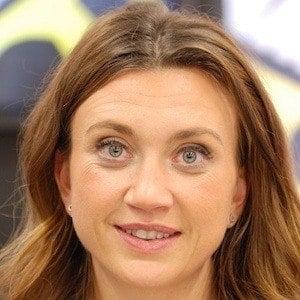 Swedish crime novelist known for a collection of more than a dozen novels that have been translated into more than 25 languages around the world. Many of her works have also been translated for the screen, producing the television series Fjällbackamorden and the film The Hidden Child.

She fell in love with writing and reading at a young age after she began invading her father's bookshelf. However, it wasn't until her husband and parents gifted her a creative writing course that she began penning her novels.

In 2011, she released her first children's novel Super Charlie whose title character was named for her son.

She and her ex-husband Micke Eriksson divorced in 2007. She then married author Martin Melin in 2010 whom she later also divorced. In 2015, she became engaged to MMA fighter Simon Sköld. Altogether, she has four children, Willie, Meja, Charlie, and Polly.

The 2013 adaptation of her novel The Hidden Child starred Claudia Galli as Erica Falck.

Camilla Lackberg Is A Member Of