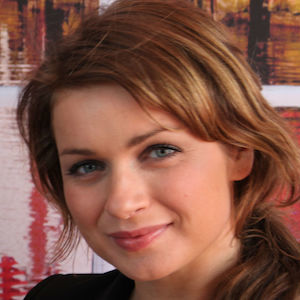 Swedish actress known for her roles as Frida Lindberg on Skilda Världar and Lina Svensson on Svensson, Svensson. She was the runner up on the show Let's Dance in 2010.

She started her career as a child actress when she appeared in an episode of Trazan & Banarne at the age of three.

She married Manuel Concha in 2012.

She appeared alongside Allan Svensson on Svensson, Svensson.

Claudia Galli Is A Member Of