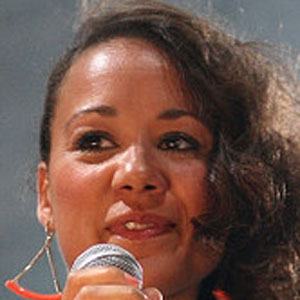 Danish pop singer best known for the club hit "The Creeps." Her albums include Did I Say I Love You, Barking Up the Wrong Tree, and Surrender.

She released her first, self-titled album in 2000 under the Offbeat Records label.

Her song "The Creeps" was remixed by Dutch DJ Fedde le Grand and became a worldwide dance hit.

She was born and raised in Skanderborg, Denmark.

She was born in the same country as singer Rasmus Seebach.

Camille Jones Is A Member Of