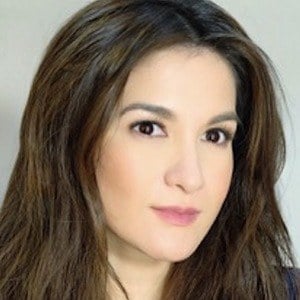 After rising to fame for her childhood starring role in the 1995 Philippine television adaptation of the classic young adult novel A Little Princess, Prats appeared in several television variety shows and situation comedies.

During her early childhood years, she competed on the Little Miss Philippines segment of the Eat Bulaga variety program and was subsequently cast on ABS-CBN's Ang TV show.

From 2011 to 2012, she co-starred with Gloria Romero in the popular GMA Network series Munting Heredera.

Her brother, John Prats, also had a successful television career. Her marriage to Anthony Linsangan lasted from 2008 until Linsangan's death from cancer in 2011 and produced a son named Nathaniel.

She and Bugoy Cariño were both in the cast of the 2010 to 2011 GMA Network series Bantatay.

Camille Prats Is A Member Of