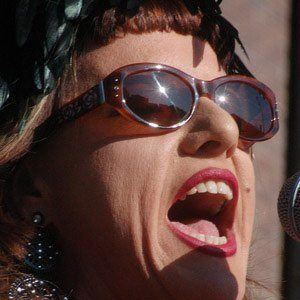 American blues and jazz singer who released more than twenty albums and who wrote "Who Do You Love" and "For Your Love."

She attended USC and was accepted into the junior opera program, but dropped out to become part of the punk scene.

She was nominated for the B.B. King Entertainer of the Year Award in 2012.

She had two sons, one of whom she had at the age of seventeen.

She was friends with and performed with groups like AFI, the goth rock group fronted by Davey Havok.

Candye Kane Is A Member Of