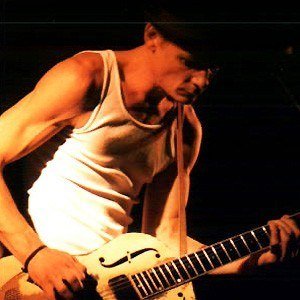 Blues and rock musician known for Big Sky Country and Living with the Law. He was admired by many of his peers.

He started playing the guitar when he was 15 years old.

He won an Independent Music Award for Best Folk/Singer-Songwriter for Breaking Your Fall in 2004.

He was born into a family of creativity. His father was an art director and his mother was a sculptor. His daughter Trixie also became a singer.

He was admired by Dave Matthews who said he felt more passion for Whitley's music than his own.

Chris Whitley Is A Member Of