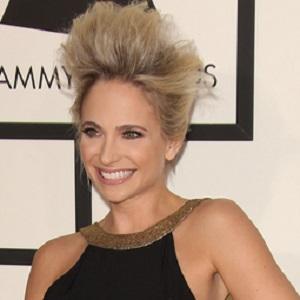 Known for such popular singles as "Away From You" and "Fight" (a cover of the Beastie Boys' hit "Fight For Your Right (To Party)"), this American pop vocalist also had a career as an actress, appearing in two episodes of Scrubs and starring in the series Roommates.

During her childhood years, she sang in her church's choir and played first flute in her school's band. As a teenager, she signed with a Texas-based modeling and talent agency.

She founded a music label called QMH Records and began recording her first album in late 2014.

Born and raised in Corpus Christi, Texas by a guitarist and music equipment company owner father, she later lived in New York City and Los Angeles.

She was featured on a 2009 episode of The Howard Stern Show.

Cara Quici Is A Member Of