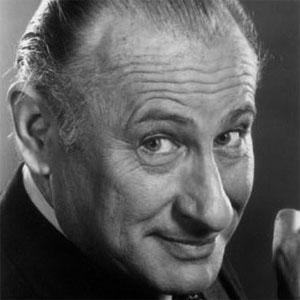 He learned his first magic acts from a barber, but soon found himself drawing only laughs for his magic act, so he decided to emphasize for comedy his ineptness.

Before his popular television act, he billed himself as The Amazing Ballantine and performed acts based less on magic than on comedy.

He was born Meyer Kessler, in Chicago, Illinois.

Steve Martin, another actor and a former professional magician, presented him the Lifetime Achievement Fellowship from the Magic Castle in Hollywood.

Carl Ballantine Is A Member Of