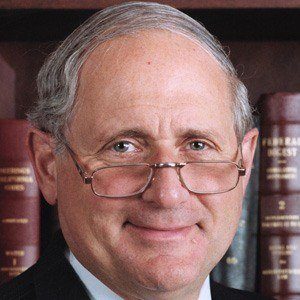 Senior Senator from Michigan who became Chairman of the Senate Committee on Armed Services for the second time in 2007. With six terms under his belt he was the longest-serving senator in Michigan history.

He graduated from Harvard Law School in 1959.

The first piece of legislation he introduced forbade credit card companies from discriminating against consumers.

He was married to Barbara Halpern-Levin for over forty years and they had three daughters together.

He argued forcefully on CNN that the Iraq war was a distraction, saying that there was a false connection between Saddam Hussein and al-Qaeda.

Carl Levin Is A Member Of