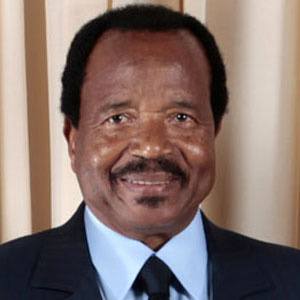 Cameroonian politician who was elected President of Camaroon in 1982 after having been Prime Minister from 1975 to 1982. His regime was known for being overtly authoritarian and his critics have called him a dictator.

He attended lycee Louis Legrand, Sorbonne and Sciences Po Paris, where he graduated in 1961 with a diploma in International Relations.

He was under political pressure to introduce multiple parties into the Cameroon political system, which he finally did in 1992.

He married twice and had three children.

He was born in the same country as the second French citizen in space, Patrick Baudry.

Paul Biya Is A Member Of