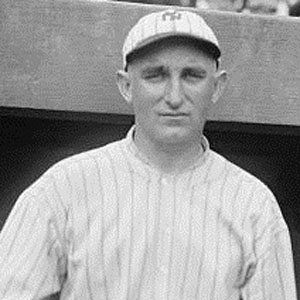 Four-time World Series champion who won 20 or more games during 5 seasons across his career.

He was raised in a very religious home and refused to pitch on Sundays.

He threw the first pitch that ever killed a batter in 1920.

His surrogate aunt and uncle, Genevieve and Pierce, served as his support group during his childhood.

He had a long-standing feud during his career with Hall of Fame outfielder Ty Cobb.

Carl Mays Is A Member Of