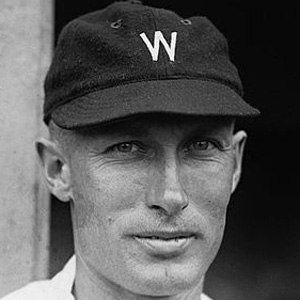 Solid-hitting MLB right fielder who totaled 2,987 base hits during his 20-year career. He played all but one season of his impressive career with the Washington Senators.

He ran his family's farm before embarking on his major league career.

He originally debuted in the major leagues as a relief pitcher before permanently moving to right field.

He was married to Beulah Rice and had two children who were killed in a tornado in 1912. He later married his second wife Mary.

He played alongside teammate and Hall of Fame pitcher Walter Perry Johnson.

Sam Rice Is A Member Of