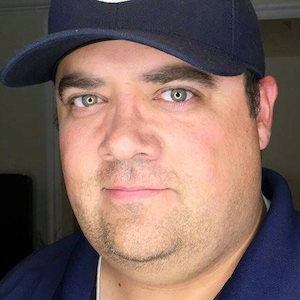 Popular YouTuber known for his content on the phamdamily channel, which also features his wife Jinger Olinselot and their three children, Gage, Luke, and Kyle. Their most popular content includes pranks and challenges.

He was a social worker assisting troubled juveniles at a juvenile correction center.

He manages multiple YouTube accounts with his family, including olinselot, jingerrific, phamdamily, and crazygamescooltoys. He also used to teach martial arts and was a two time state karate champion.

He grew up in Sugar City, Idaho and married Jinger, whom he met on a blind date. They married a quick 10 weeks later after instantly becoming best friends.

Carl Olinselot Is A Member Of