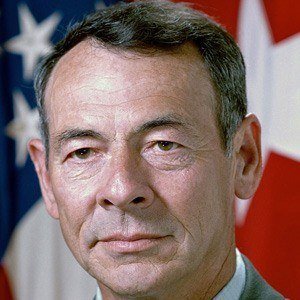 Decorated Army General who served as Commander in Chief of the United States Special Operations Command.

He was inspired to join the military after seeing volunteers from his hometown enlist for military service in World War II.

He served tours of combat duty in the Korean and Vietnam wars and spent time in Lebanon and elsewhere in the Middle East on special assignments.

His father dropped out of school in ninth grade, so he made it a priority for young Carl Stiner to receive a college degree.

He co-wrote the book Inside the Special Forces with author Tom Clancy.

Carl Stiner Is A Member Of