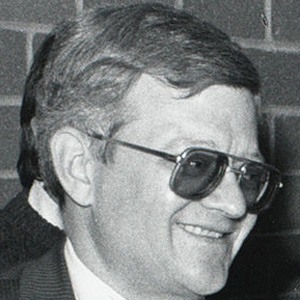 Bestselling American author of novels about war, intrigue, and espionage. His best known works-- many of which were adapted into successful screenplays-- include The Hunt for Red October, Clear and Present Danger, and The Sum of All Fears.

He studied English at Loyola College in Baltimore. Following his graduation, he spent some time running an independent insurance agency before making his writing debut.

In addition to being a writer, he also became a partial owner of the Baltimore Orioles.

He and his two siblings were born in Baltimore, Maryland to Catherine Clancy and U.S. Postal Service worker, Thomas Clancy. His first wife, Wanda Thomas King, died in 1999, and he subsequently married journalist Alexandra Llewllyn. He had five children.

He sold more than two million copies of Clear and Present Danger on the book's first printing. Author J.K. Rowling accomplished the same feat with her Harry Potter series.

Tom Clancy Is A Member Of