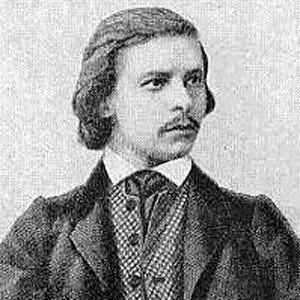 Virtuoso who wasn't an immediate hit with the critics of his day, but was eventually embraced for his technical prowess and intensity.

He debuted in 1858 at a Berlin concert under conductor Hans von Bülow.

He possessed an incredible memory, able to recall his mentor Liszt's works from memory as well as those of Chopin, Beethoven, Scarlatti, and Weber.

His first instructor was his father Aloys Tausig who was a pianist and composer and one of Sigismond Thalberg's students.

He was a devotee of Richard Wagner whom he met when he was 16.

Carl Tausig Is A Member Of