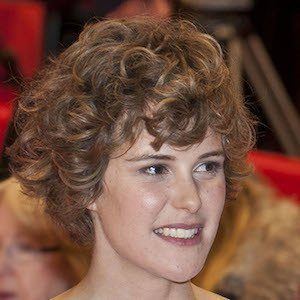 Swiss actress who rose to worldwide acclaim for her turn as Dr. Ana Stelline in the 2017 thriller film Blade Runner 2049. She has also earned acclaim for her roles in the films Wetlands, Morris From America, and Brimstone.

She studied theater in both the United States and London, England between 2005-2010. She earned her first on-screen credit in Midday Room in 2006.

She earned the 2011 Swiss Film Award for best supporting actress for her work on the film 180°. She would go on to win the best leading actress award the following year for her work in Eine wen iig, dr Dällebach Kari.

She is trilingual in German, English, and Italian due to her heritage. Her father worked as a lawyer, while her mother was a sculptor.

She appeared alongside Guy Pearce in the 2016 film Brimstone.

Carla Juri Is A Member Of