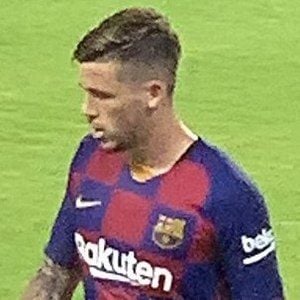 He began his youth soccer career playing for Vilanova de la Roca in 2003. He made his pro debut with Barcelona B in 2015.

He hails from Granollers, Spain.

He and Riqui Puig have played as teammates for Barcelona B.

Carles Pérez Is A Member Of