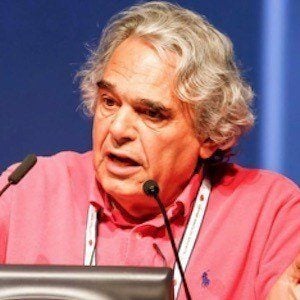 Italian Medical Doctor and oncologist who became known for his research on the genetic mechanisms of cancer.

He studied medicine at La Sapienza, a part of the University of Rome.

He received the 2006 Clowes Memorial Award from the American Association for Cancer Research.

His father was a mechanical engineer in Milan, Italy.

Both he and Carlo Urbani were born and raised in Italy.

Carlo Croce Is A Member Of