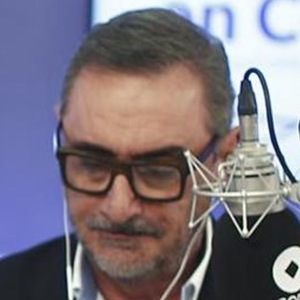 Spanish journalist who is known for his work with the COPE Network as well as the Onda Cero radio station. He is also known for his work on television including on TVE where he interviewed multiple celebrities. He has written several books about his longer journalistic pieces as well.

His career as a journalist began in radio in 1977. He earned recognition working for Cadena SER and COPE where he began in 1992. In 1999, he published his first book through MR Ediciones. He then joined the Antena 3 network in 2002.

He has won multiple awards for his journalism work including the Victor de la Serna Award of the Press Association of Madrid for Best Journalist of the Year in 1999. He was also honored with the medal of Diputacion de Sevilla in 2008.

He has two children, Alberto and Rocio.

As a part of the TVE network as a journalist, he interviewed multiple celebrities including Margaret Thatcher, Roger Moore, and Diana Ross.

Carlos Herrera Crusset Is A Member Of