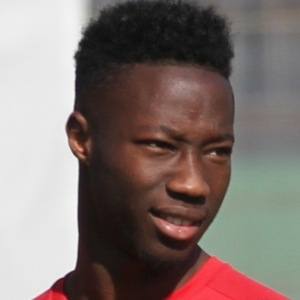 Winger who has won Taça de Portugal and Supertaça Cândido de Oliveira titles as a member of Sporting CP. He began representing his native Portugal at the under-15 level in 2009.

He began his youth career with Sporting CP in 2003.

He was a member of the Portuguese national team at 2016 Summer Olympics.

He has a daughter. His brother João is also a soccer player.

He has played alongside Tiago Ilori on the Portuguese national team.

Carlos Mané Is A Member Of