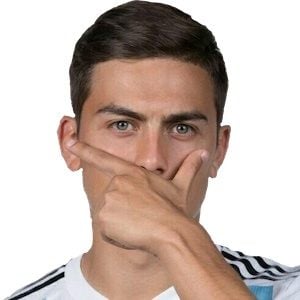 Member of the Argentina national team who began playing striker for Juventus in 2015. He became well known for his excellent dribbling skills and control in limited space.

He was brought up through Instituto's youth system from 2003 to 2011. He played with their senior team from 2011 to 2012 before spending a few years with Palermo.

He has dual citizenship in Poland and Italy and is therefore eligible to play internationally for both countries. He chooses to stay with his home country of Argentina.

He was born Paulo Bruno Exequiel Dybala in Laguna Larga, Córdoba, Argentina. His grandfather was from Kraśniów in Poland and his grandmother from Naples, Italy. He has two brothers. He began dating Oriana Sabatini in 2018.

He's played alongside Carlos Tevez on Argentina's national team and with Cristiano Ronaldo on Juventus.

Paulo Dybala Is A Member Of