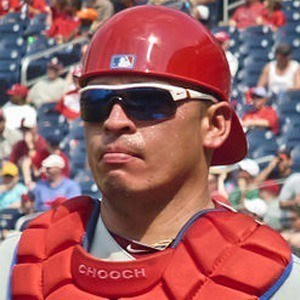 He played for Panama at the 2006 inaugural World Baseball Classic.

He was named to his first career All-Star game in 2012.

He named both of his sons Carlos.

He joined first baseman Ryan Howard on the Phillies in 2006.

Carlos Ruiz Is A Member Of