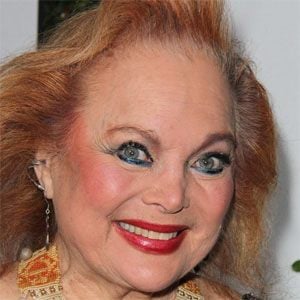 Singer and songwriter who provided lead vocals for The Teddy Bears' popular 1958 song, "To Know Him is to Love Him." The song reached Number One on the Billboard Hot 100 chart.

She joined The Teddy Bears in the mid 1950s.

In 1999, she earned a Golden Palm Star on the Palm Springs Walk of Stars.

She grew up in a Jewish family in New Brunswick, New Jersey.

She was involved in a serious romantic relationship with Elvis Presley for several years.

Carol Connors Is A Member Of